Study procrastination does amazing things sometimes. While Jay has been in Sri Lanka (he’s home tonight YAY!!!), I’ve been fairly productive. This morning I cleared out my wardrobe, I’ve done all the Christmas shopping, visited both sets of my grandparents, been to Wollangarra and made my first ever gingerbread house.

I asked for tips on my Facebook page, and got heaps of support, as well as some great tips for if things go awry.

Everything went so well and I’m ever so pleased with the results. So I thought I’d record what I did, links I used etc so that next year everything is right here, but I also thought you might want to give it a go. 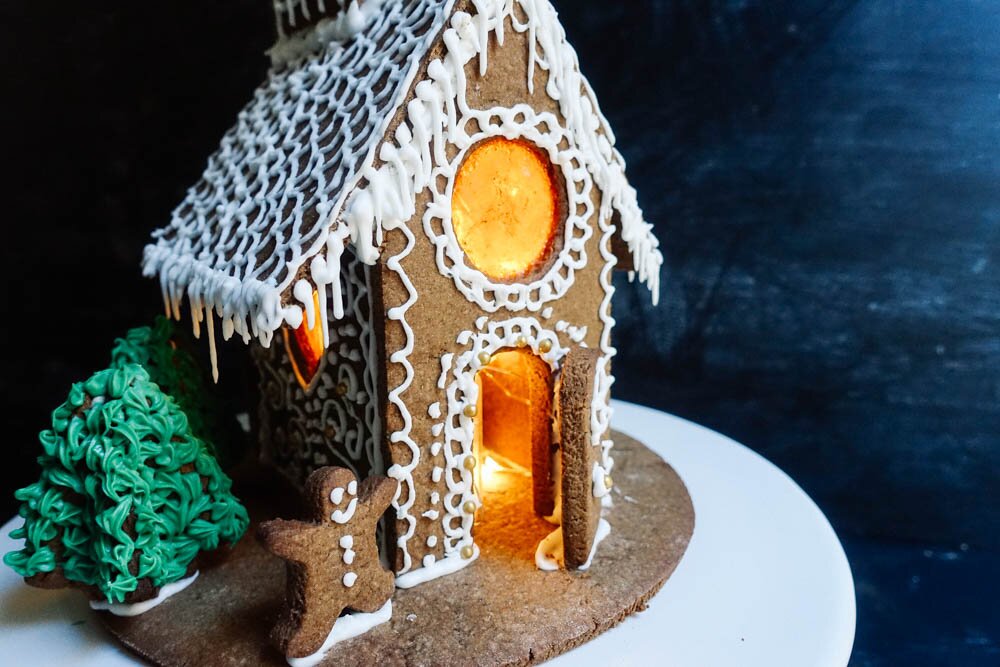 I did some googling and found a template that I liked the look of. I wanted it to be simple but still look cute. So I used this free downloadable template from Sweetopia, she also has a video about how to construct it which was super helpful!

I found this recipe that looked super easy and I had everything I needed for it. I needed two batches of the dough for this house template. However I had to mix up three because I dropped the back and it smashed everywhere.

For the windows I ground up boiled lollies in the nutribullet and put about two teaspoons of the boiled lolly powder into the window cut outs before baking. They melted as the gingerbread cooked and became solid as the biscuits cooled. Just FYI you don’t need the whole packet of lollies to be ground, just a few of the lollies.

To glue it all together I use royal icing in a packet from Woolworths. It was a just add water type number and it worked wonderfully! I mixed the whole packet and used little bits over the few days of construction, and kept the rest in an airtight container in the fridge. I used the whole packet across construction and decoration.

Speaking of decoration. Once the biscuits had completely cooled, I’m saying like 12 hours cool, I started to decorate. I decorated all of the pieces while the were flat, with royal icing in a piping bag and fine tip and let them set over night. The icicles I did after construction. This is also when I glued together the trees. I’d used a cookie cutter to cut 6 trees and before baking I’d cut 3 of those trees in half. Once they’d been baked and had cooled I used a fine grater to even out the whole trees and the cut edge of the half trees. Then I attached them with royal icing, so that the trees made  cross.

As far as construction goes, watch the video I linked to above, it was a wonderful help. I did all four walls and left them to set for a few hours. Then added the little lights that I found at Kmart and attached the two roof tiles, holding for about a minute and then setting two of Elliot’s plastic cups under the eves. Then I added the four chimney pieces.

While I was waiting for the house to set I decorated the trees. I used about 1/2 a cup of white chocolate melts, melted in the microwave in 30 second intervals, stirring in between. Then I added about 6 drops of green gel food colouring. I put it into a piping bag with a star tip and went nuts dapping  little star shapes all over the trees. Then I let them set.

Once everything was firm, I finished off the decorations. I added the icicles, which were trial and error, mostly they worked by starting the piping tip on the roof piece then moving down with the piping bag and letting the icing drop. I glued the little man on, and then the trees.

It really was a very enjoyable experience, no stress and all fun. 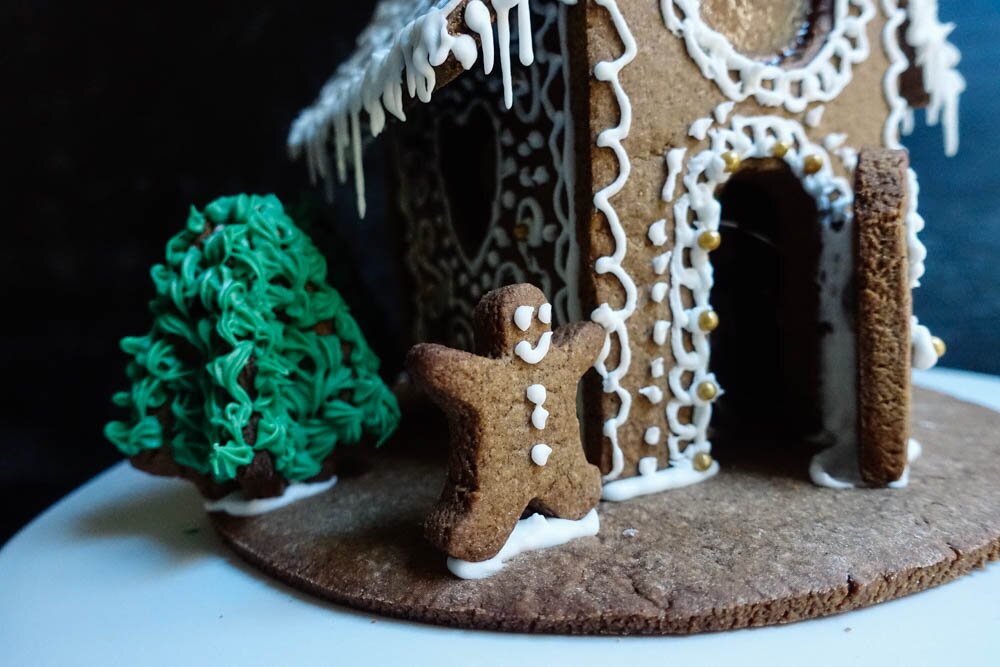 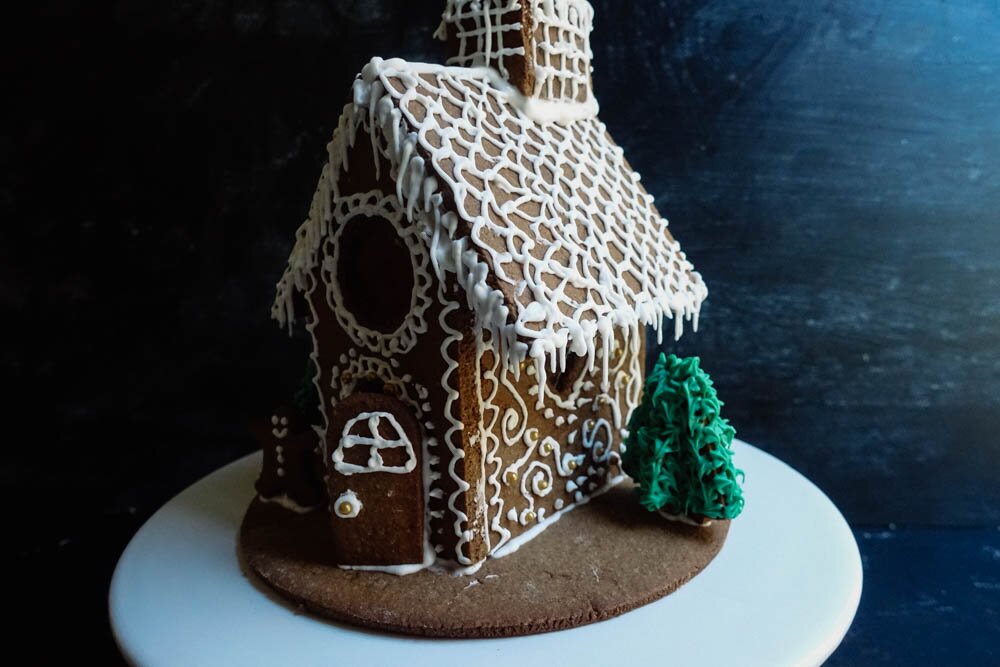 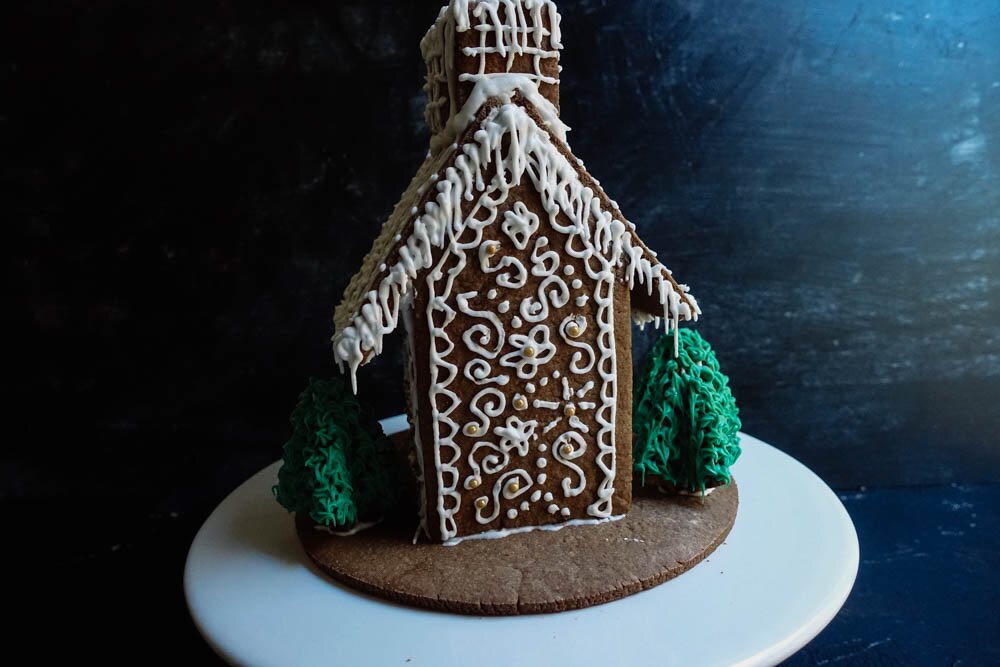 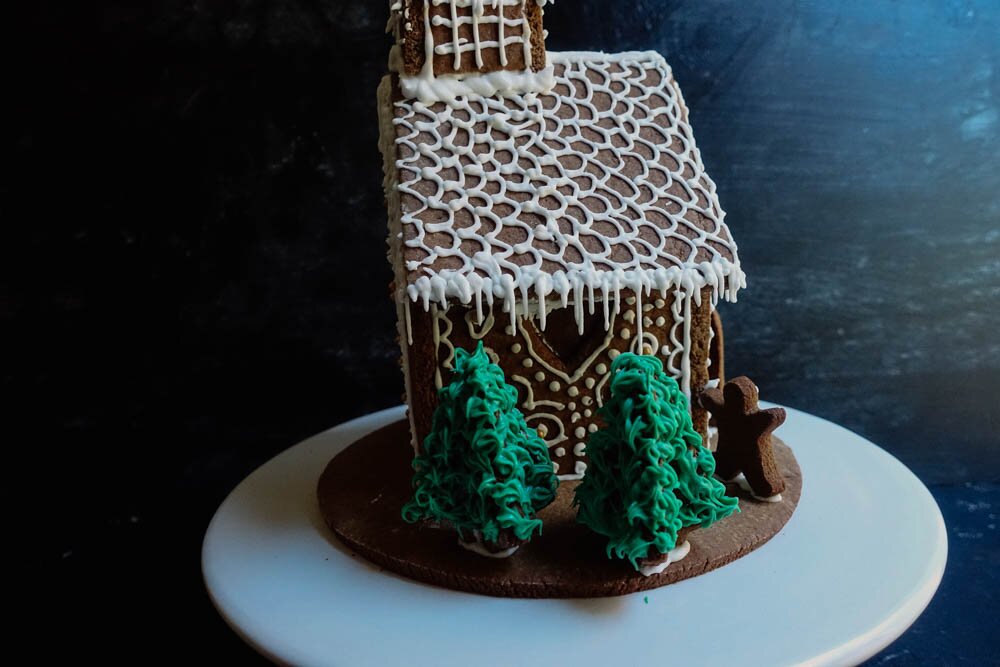 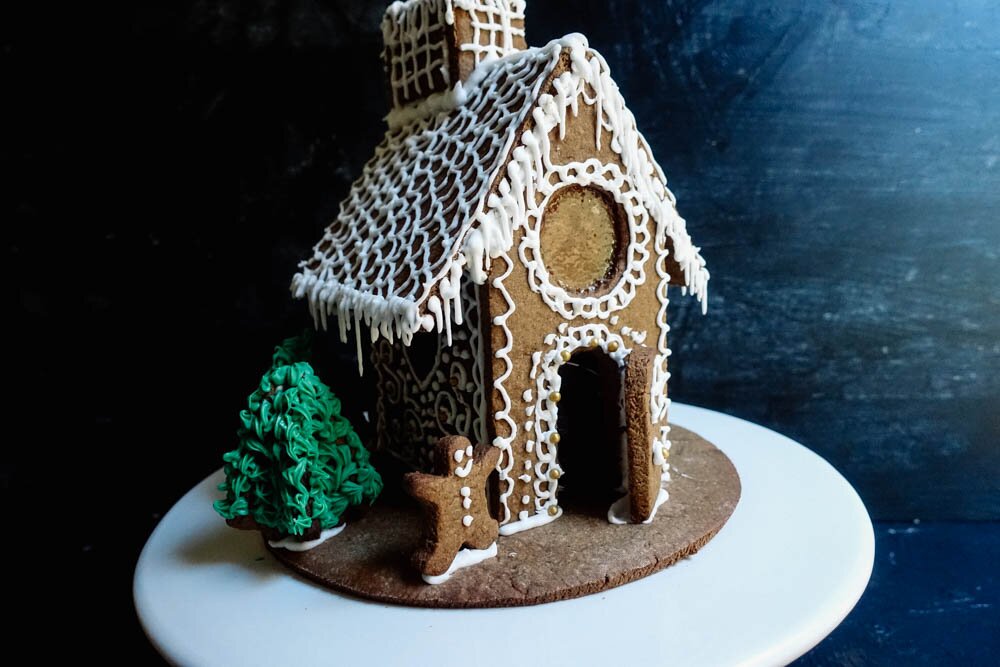 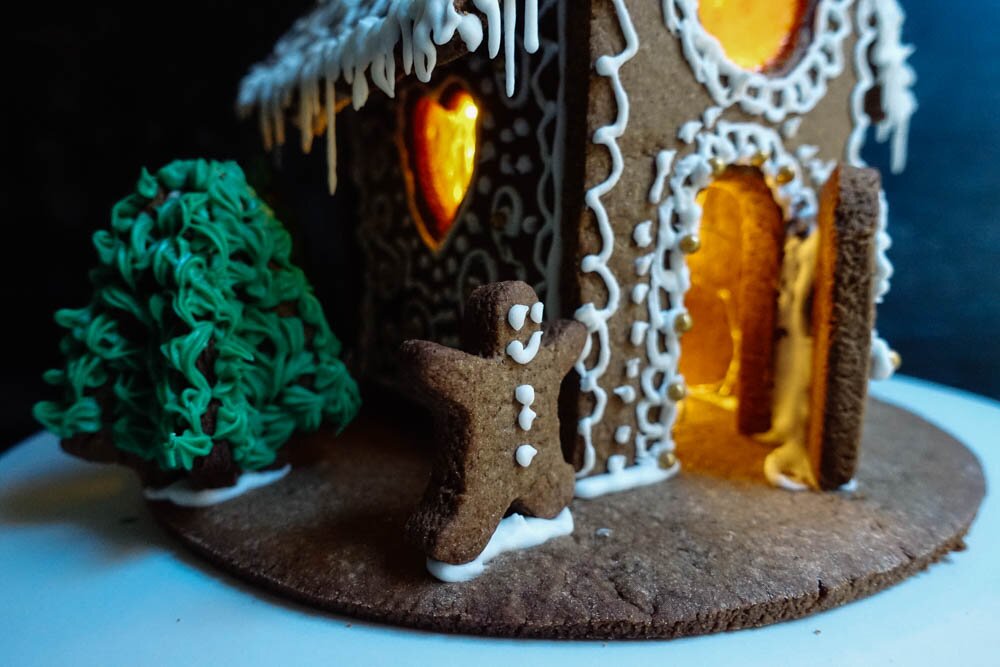 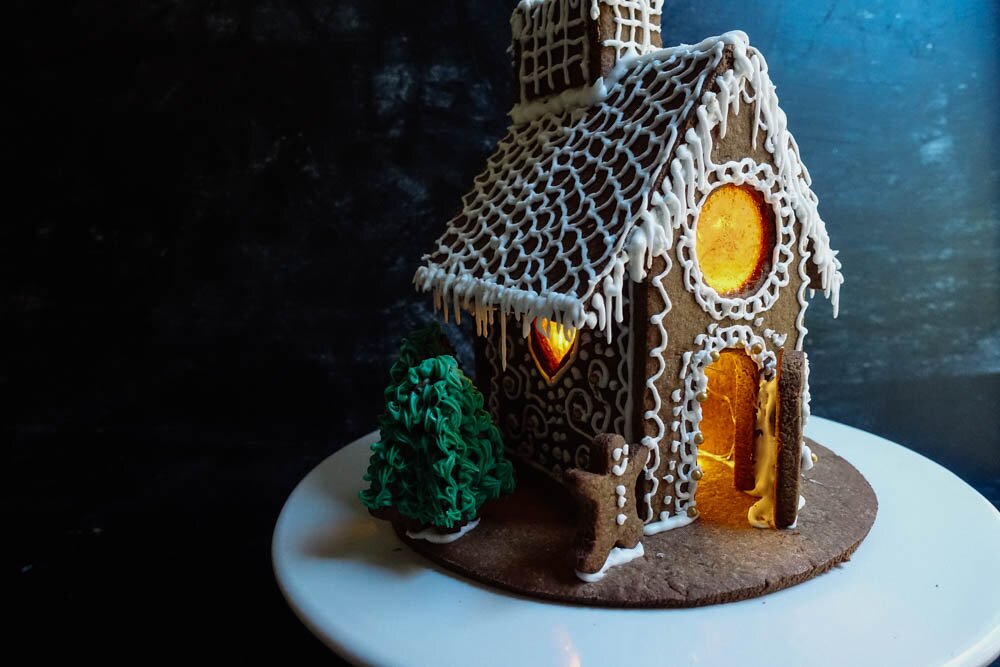 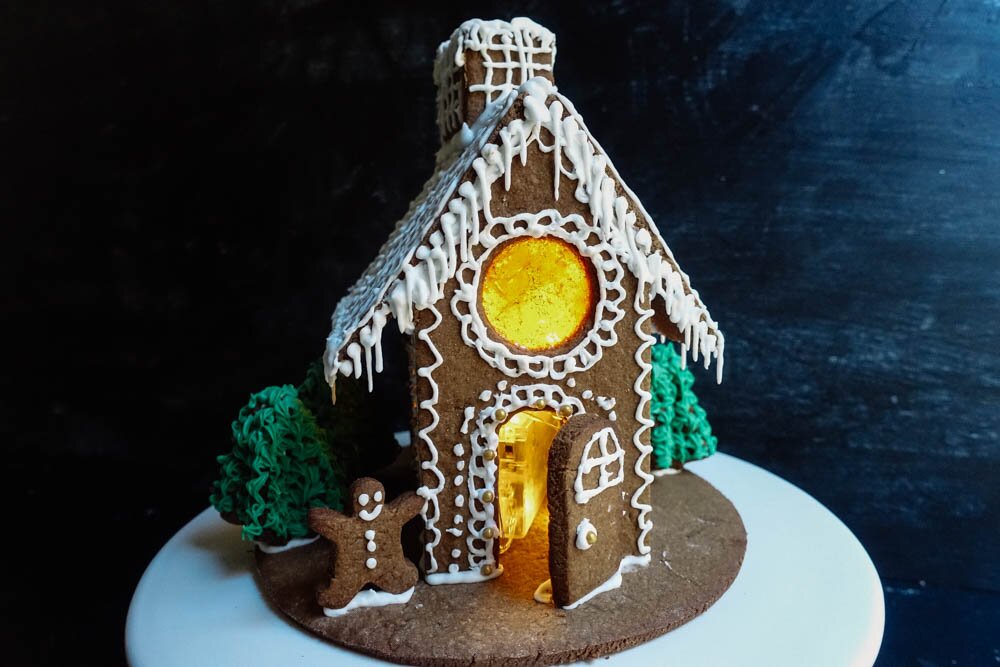 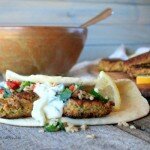 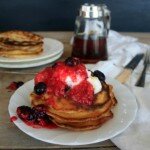 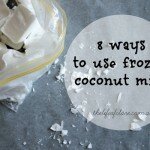 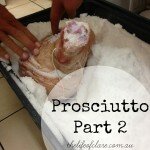 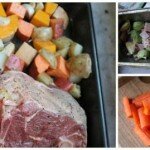 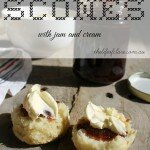