Earlier this week I wrote about Bitch-Face, today I share the story of the 8 junior Bitch-Faces.

(Note: I should have added in the last post, that we’d had clipped her wings and she was still flying out of the fenced in area.)

Even as I begin to write this, I sit here shaking my head.  These chickens were  a nightmare from beginning to end!  It was a learning experience and one that I hope we never replicate.

We had been keeping this chicks locked in this quite secure coop area because they continued to fly out over the chicken wire fencing we had protecting the rest of our garden.  They were too small to have their wings clipped, and a friend of mine had said that when she was ready she could take the girls, and we would deal with the roosters. 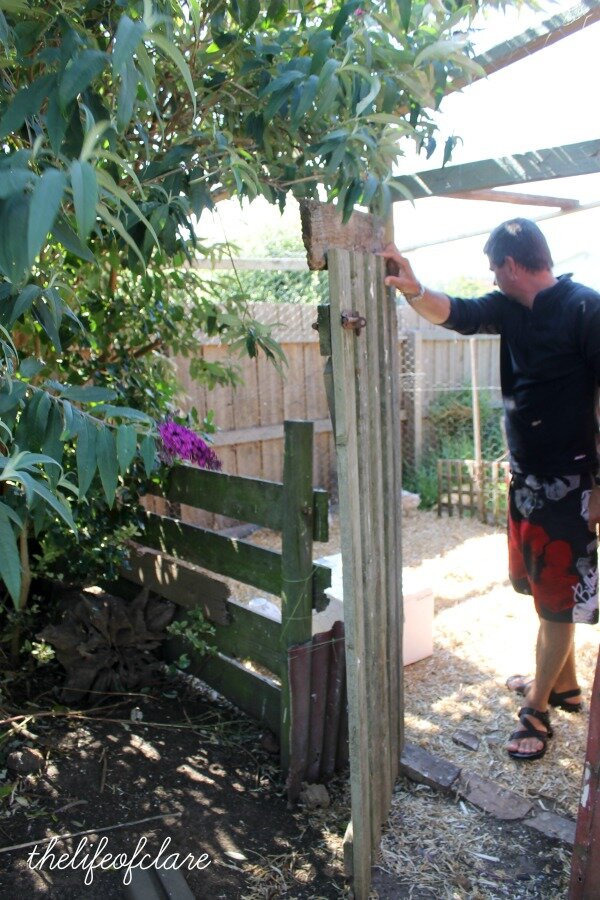 See right where J has his hand?  That piece of wood that was screwed into the top section of the gate?  The chicks had decided that they didn’t want to be in the coop, and they were flying out of this tiny gap.

J text me, saying that it was ok, he’d fixed it and now there was no rush to get rid of the chickens.  I, on the other hand, couldn’t keep delaying the inevitable; these chickens had to go. 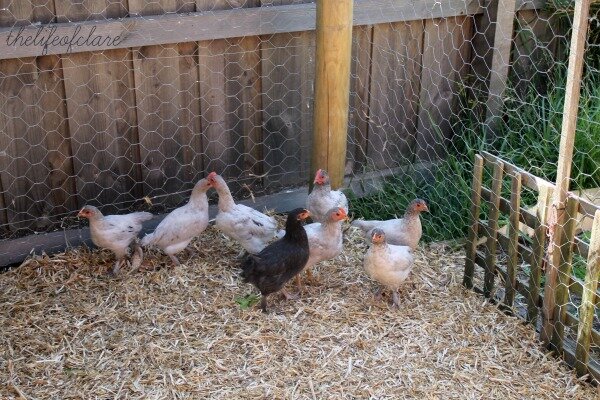 Into the coop we went with a towel and a polystyrene box (with holes punched in the lid), and could not catch a one.  So we moved on to bird netting.  It once covered our veggie garden, so there was a lot of it.  J would throw it in the direction of the chickens and we kept our fingers crossed that some of the chicks would be under it when we got close.

We caught one, into the box it went.  We caught another, and in putting the second one into the box, the first escaped.  It was going to be a long battle.  Finally, all 8 were in the box,  we duck taped it shut and quickly got into the car. 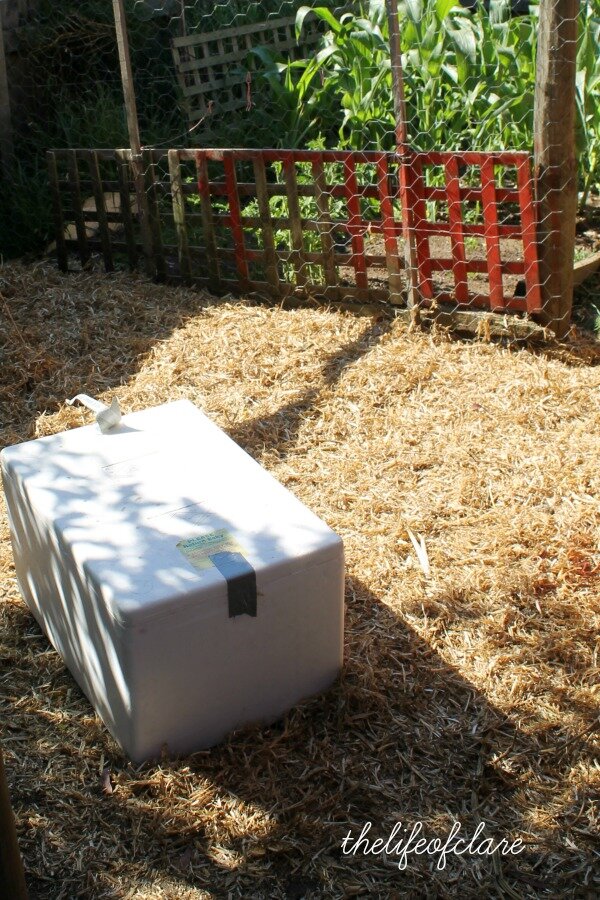 It was a stressful process and my heat was beating a million miles an hour, poor Baby Reilly must have been wondering what was going on.

But it was all worth while when we opened the lid at the new/old home.  We were returning them to where we had originally got them, our friends backyard. The chickens quickly figured out that they were free and made a bee-line for Mumma Chook (Bitch-Face). 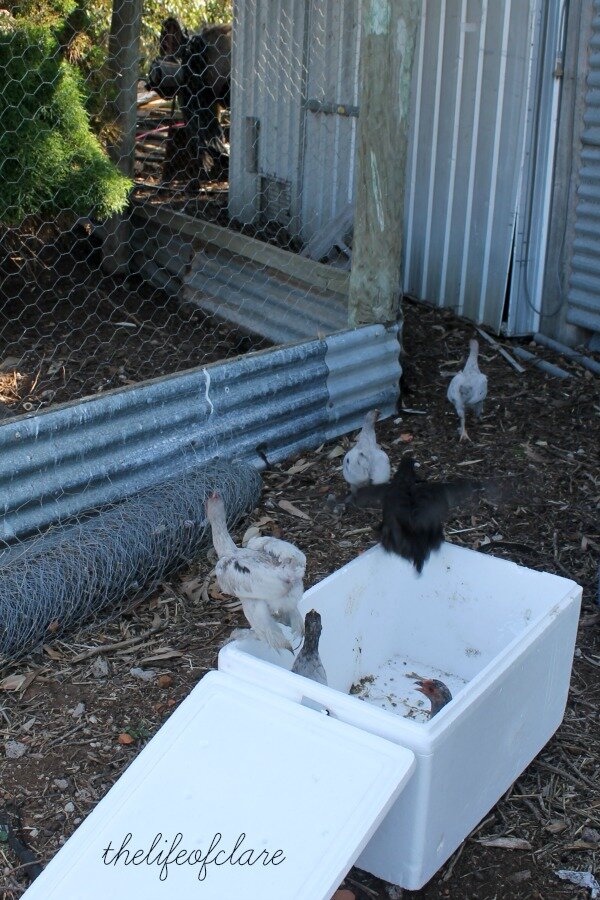 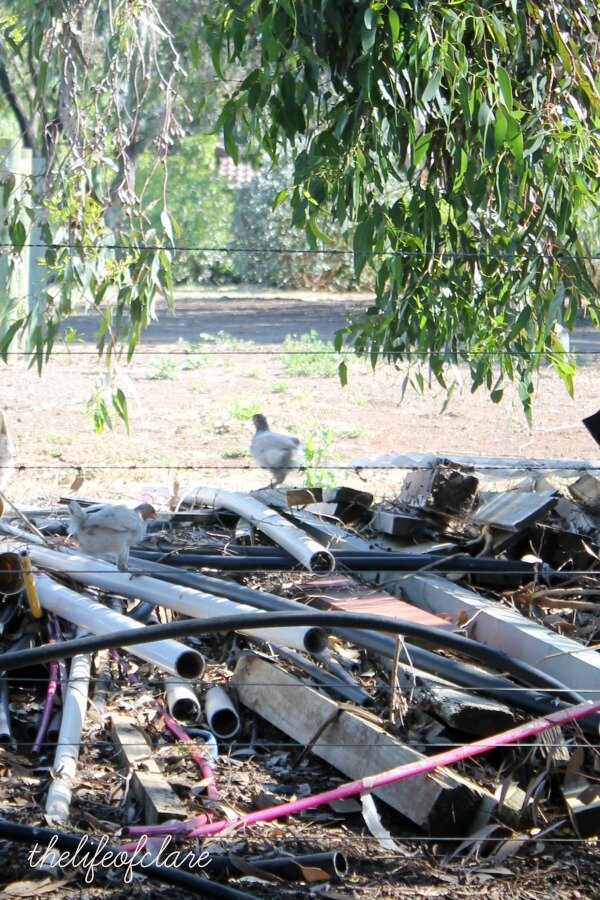 There in the background is Bitch-Face, in her original home, our friend’s neighbour’s yard. Our 8 mini-bitch-faces were quite at home once they’d found their mother and promptly forgot about us, their pseudo parents for 8 weeks. 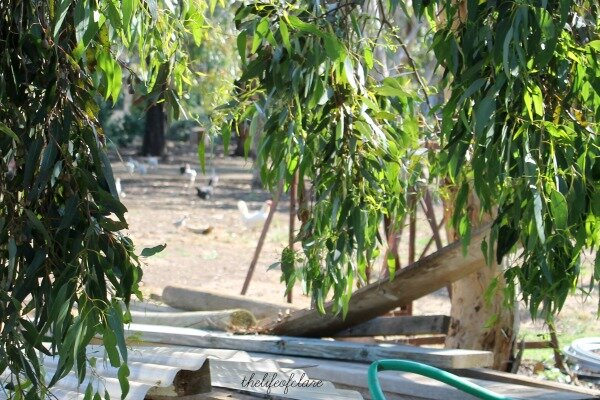 I feel as though a great weight has lifted off my shoulders and our chickens are much happier.

Have you ever gotten into something that you knew was the wrong decision? How did you get out of it? 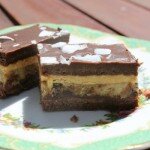 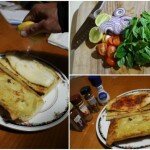 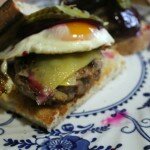 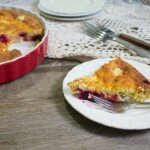